At Torresella we are proud to be the wine of Venice. Our story and authentic Venetian roots come from an estate of farms and stables constructed shortly after WWII, as a new home for the people that cultivate our land. Our love of Venice is shared by many that are captured by its unique story as a floating city, and its distinct artistic flair, which locals share, on how to live life tastefully.

With an unmatched number of original trendsetters and shakers in society, Venice has been home to groundbreaking composers, painters and authors; innovative entrepreneurs and principles of change in education, social justice, and even equality. It’s a city molded through the centuries, by men and women that have paved the way for creative leaders today.

Our ambassadors in turn are nine influencers who embody what our Venetian spirit inspires in us with every sip: strong and independent leaders in the community, who love to help strengthen others, and ignite them to live, and tell, their stories authentically.

From the first woman in the world to receive a University Degree, to the inspirational creator of the Bellini, we have united a few of our past Venetian “tastemakers through time” with our modern-day brand ambassadors, introducing you to our timeless Torresella family tree! 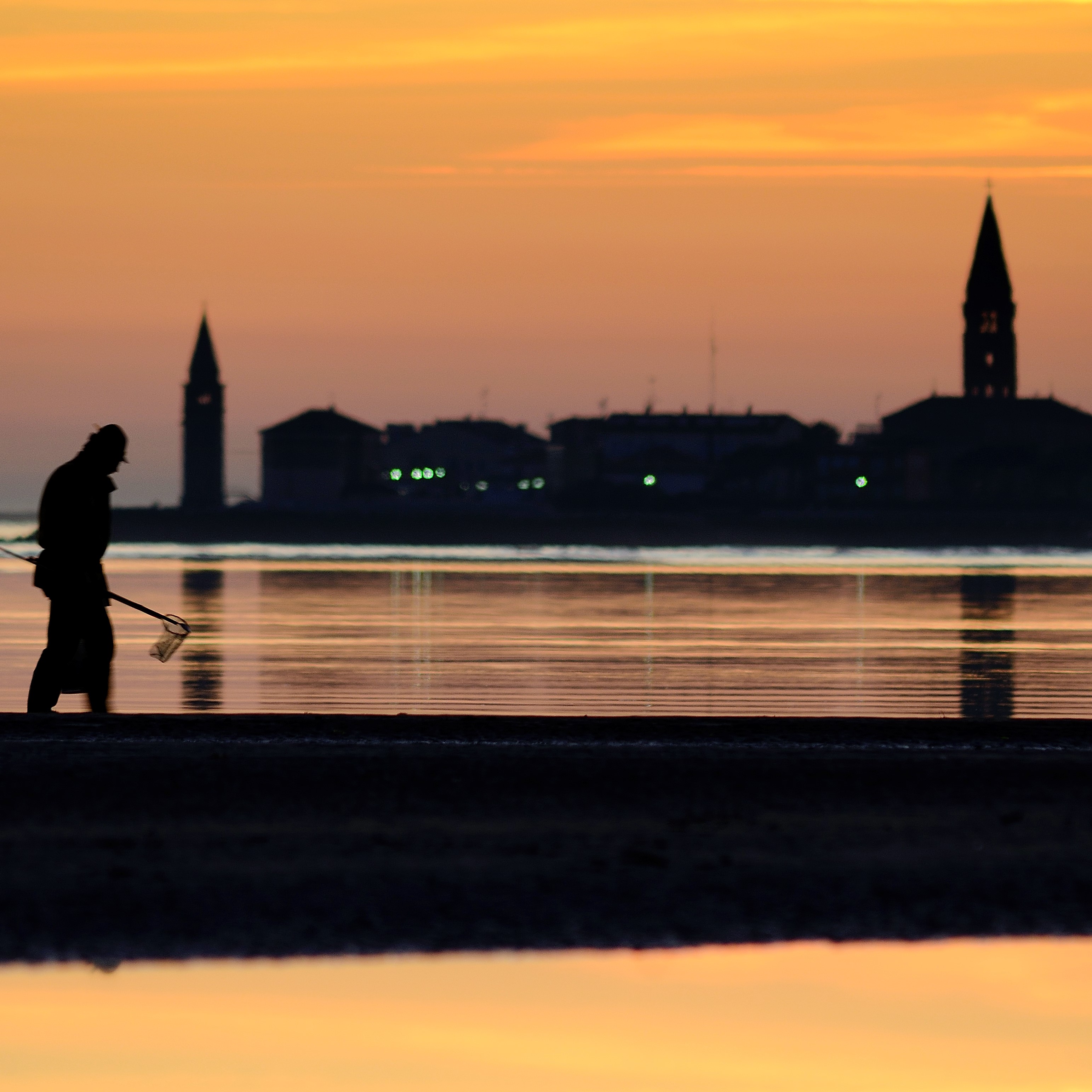 It must be something in the water. . .
Did you know the name ‘Venezia’ itself comes from the ancient ‘Veneti’ people who lived in the region thousands of years ago? They worshipped the Goddess of Justice, Education and Culture, which gave way as the forerunner for the Venetian Republic: Reita. 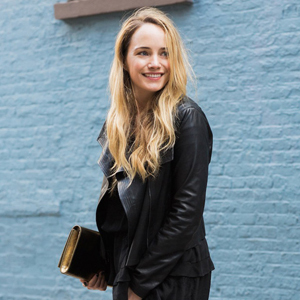 Based in Williamsburg, Grace Atwood is the founder and voice behind The Stripe, a daily source of inspiration for the modern woman. As a trendsetting New Yorker, she continues inspiring us through every stage of life with her talented DIY crafting skills, making her our Pinot Grigio brunching beauty! 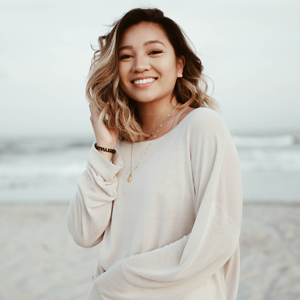 Born in Manila and raised in NYC, Alyssa is the quirky and socially savvy face of lifestyle blog, Styled & Smitten. Her deep connection to her Filipino roots and traditions is what makes her authentically tied to our own Venetian pride, truly embracing the wanderlust spirit that our Venetian wines try to inspire with every sip. 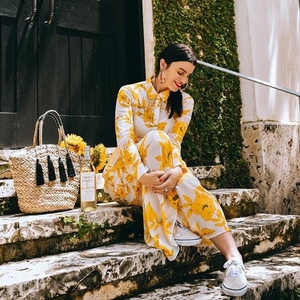 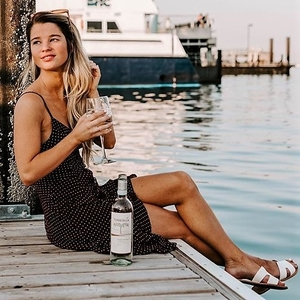 The founder and voice behind lifestyle blog, Prep of Boston, Kate’s a true-blue Bostonian that embodies the historical city, socially. From traveling its busy city streets, celebrating old-time traditions, to enjoying its tranquil, yet lively sea; like our Venetian lifestyle, Kate captures the daily daily beauty in life. 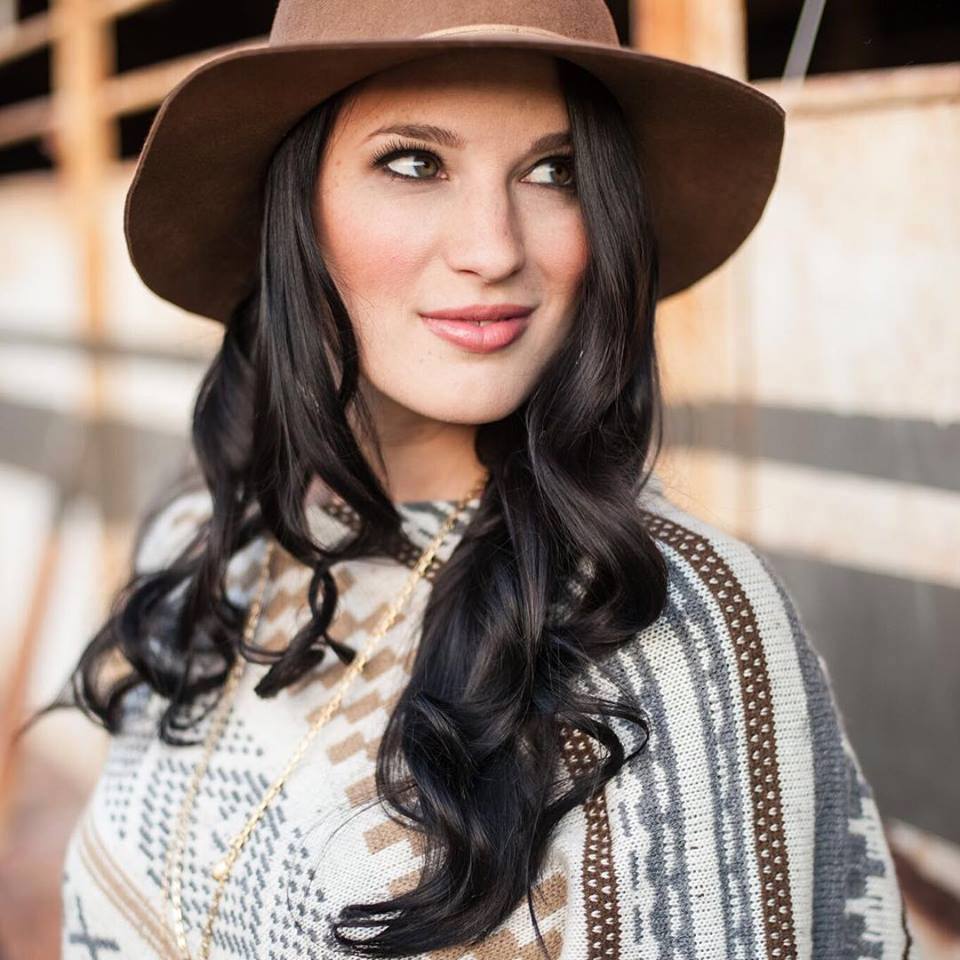 Texas local and owner of Dressed to Kill (DTKAustin), Ashley uses her MBA in Architecture to ignite her creativity in her career as a renowned commercial advertising and film wardrobe stylist. A contributor in Austin Woman Magazine and Austin Fit, we trust her trendsetting taste to curate some posh wine cocktails. 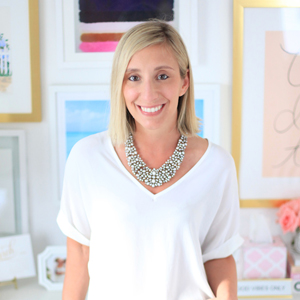 A witty mom from Connecticut, Julia was a digital marketing executive in the wellness industry when she found her niche for blogging, and became the voice of the DIY-driven inspirational guide to life at Lemon Stripes. She takes the Italian artisan craft to another level with her sparkling holiday cocktail creations. 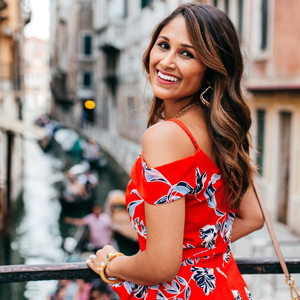 Writer of Louisiana-based fashion, travel & lifestyle blog, Haute Off The Rack, Jen’s drive stems from a desire to help women, inspiring them to feel confident and beautiful. From her time as a Fashion Editor, to launching her own wedding collection, her creative storytelling skills make her a vivacious voice for Venice. 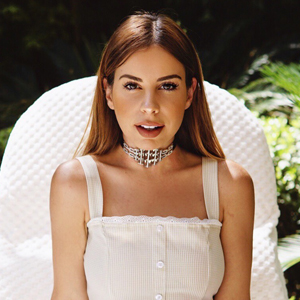 Socially savvy entrepreneur and writer of LA-based Stiletto Beats, Emily began her travel-inspired career as a fashion journalism student studying abroad in Italy. Her months in Italy sparked her passion for blogging so much, that her first post was on the same Italian lifestyle she experienced, which we embrace. 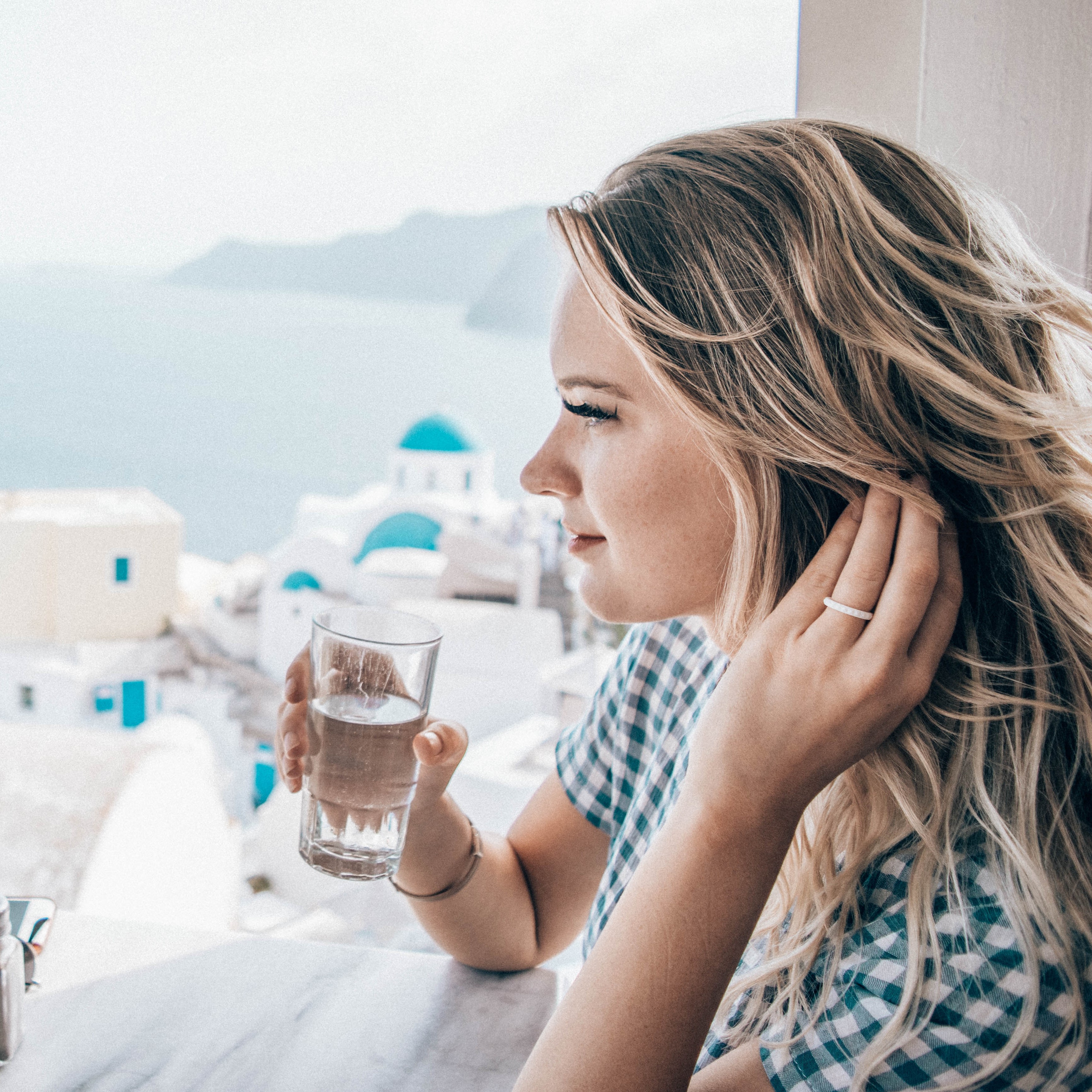 As a Chicago-based entrepreneur and digital marketer, Meghan’s multiskilled versatility gave way to modeling, and drew her to become a lifestyle influencer to her eponymous fashion, beauty and travel blog, Meghan Laurie. Her wanderlust drew her to a special love for Venice, which made her our Venetian wine wanderer. 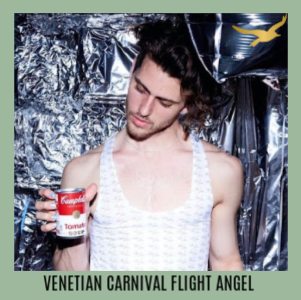 As a dancer who moved to NYC, Aaron began working in food and beverage to pay rent while he performed. Soon, a mutual love of art, design and cocktails brought him and Kate Enman, a brilliant photo artist and friend, to form Nick, Nora and You. They create fantastical worlds to tell stories, with his Carnival stage blowing us away! 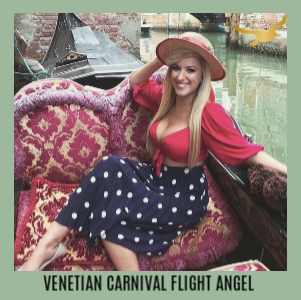 A first-generation Cuban-American, Kelsey is known by friends for her fresh take on the travel & bar culture – showcased on her IG: @kelseysimonsays. Her relentless pursuit of the unknown has become her ethos for success. We love the vintage and eclectic vibe she exudes, which mirrors that of our Venetian Carnival! 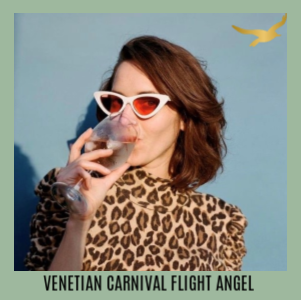 A Brooklyn-based filmmaker and producer, Laura works as both New York City Ballet’s in-house video producer, and the resident video collaborator of the Avant-Garde Dance Theater company, the feath3r theory. Her curated Pinot Grigio tablescape has captured the essence of Venetian Carnival & our hearts! 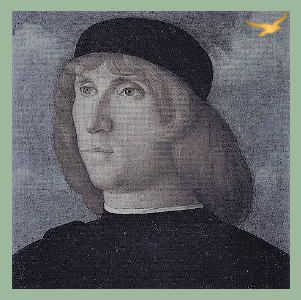 Often considered to be the father of the Venetian Renaissance, Bellini is one of the most influential Venetian artists, celebrated for his use of natural light that conceived over 100 works of art. With a career span of 65 years, Bellini helped found “the Venetian School,” teaching notable pupils as Giorgione and Titian! 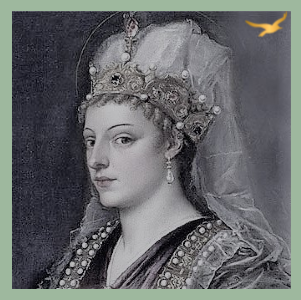 One of the most significant women in the Venice’s Golden Age, Caterina Cornaro, at age 14, married King James II Lusignan (1468) and became the last queen of the island of Cyprus. Following his death in 1473, Caterina became sole ruler of Cyprus for 16 years, util she relinquished power to her Venetian Republic. 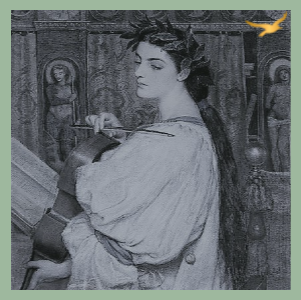 One of the most renowned female scholars of Latin and Greek in 15th century Italy, and in all Europe by 1500, Cassandra was a consummate writer and speaker. While still in her 20’s, Fedele even spoke in front of the Doge and Venetian Senate, on the subject of higher education for women. 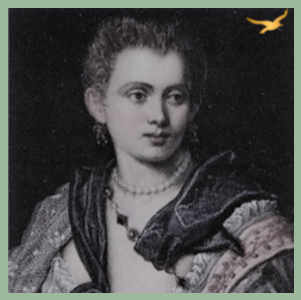 Brought to life by Catherine McCormack in Dangerous Beauty (Warner Bros, 1998), Veronica  was known as one of the most famous cortigiana onesta (honest courtesan) of the Italian Renaissance. As a renowned poet, Veronica wrote two volumes of poetry: Terze Rime (1575) and Lettere Familiari A Diversi (1580). 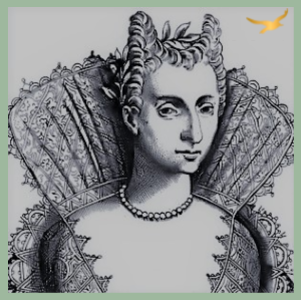 Fonte, pseudonym of Modesta Pozzo, is recognized as one of the most appealing 16th century female writers and precursors of feminism with her best-known work, Il Merito Delle Donne, which translates to The Worth of Women; edited and translated by Virginia Cox in text found here. 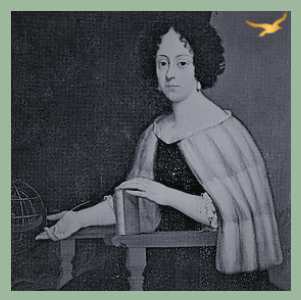 A scholar with an insatiable desire for knowledge, Elena is best known for being the first woman in the world to graduate with a University degree in 1678! Adept in math, astronomy, theology and linguistics – mastering seven languages by 22 – Corner received a PhD in Philosophy from Padua at age 32! 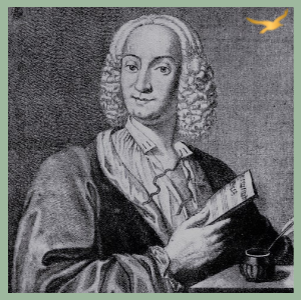 Nicknamed Il Prete Rosso (The Red Priest) by friends, Vivaldi was a famous violinist, and one of the most profound composers of the Baroque era. With 46 attributed operas and over 500 concertos, including The Four Seasons (1725), his longest role of 37 years was as a professor at Venetian orphanage, Ospedale della Pietà. 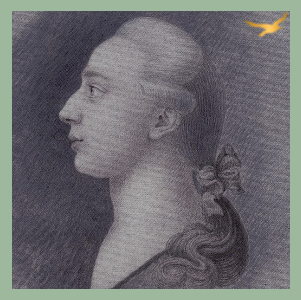 An avid Italian writer, adventurer and notorious “lover”, Casanova often consorted with legends such as Voltaire and Catherine the Great. Giacomo wrote a proto-feminist pamphlet, a few fiction novels, and most notably a memoir, Story of My Life (1821), which instantly went on the Vatican’s Prohibited Books Index! 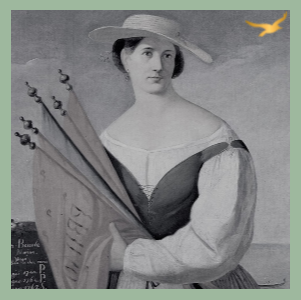 Coming from humble beginnings, Maria was as an 18th century competitive rower, becoming a champion as a young teen when she won her first Regata Storica in 1740; continuing until her final championship, 44 years later, in 1784! Her portrait at the Correr Museum was even used as an official Historical Regatta poster recently, in 1979. 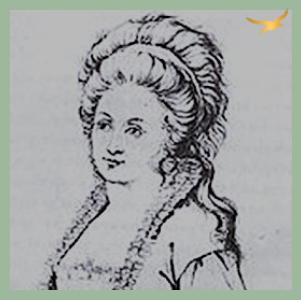 A prominent 18th century female figure in the international “Republic of Letters”, Elisabetta was a journalist that  focused on political reform, and the Italian Enlightenment. From working on her father’s journal, Europa Letteraria (1768), she launched Giornale Enciclopedico (1776), becoming an Editor at only 26! 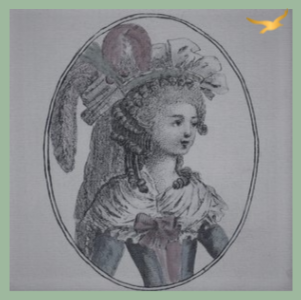 Sister-in-law to Elisabetta Caminèr, Gioseffa founded “La donna galante ed erudita”, translating to “The elegant and educated woman”. This was the firstmagazine specifically for women, in 1786, with features on beauty, fashion, theatre and health, to marriage, child education and family life (Mitchell, 2014). 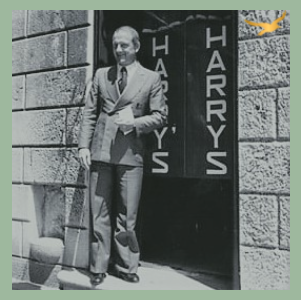 Originally from Verona, Cirpriani is the legendary founder of Harry’s Bar (1931), which instantly attracted clientele such as Hemingway, Humphrey Bogart and even Churchill! A lover of art, Cipriani created both the Bellini (1948) and the Carpaccio plate (1950), naming both after 15th century Venetian artists!

Entertaining Tips
Recipes
Brand Ambassadors
Please confirm that you are 21 years or over in order to view this site.
Join Our Mailing List

Thank you for signing up
You'll hear from us soon.